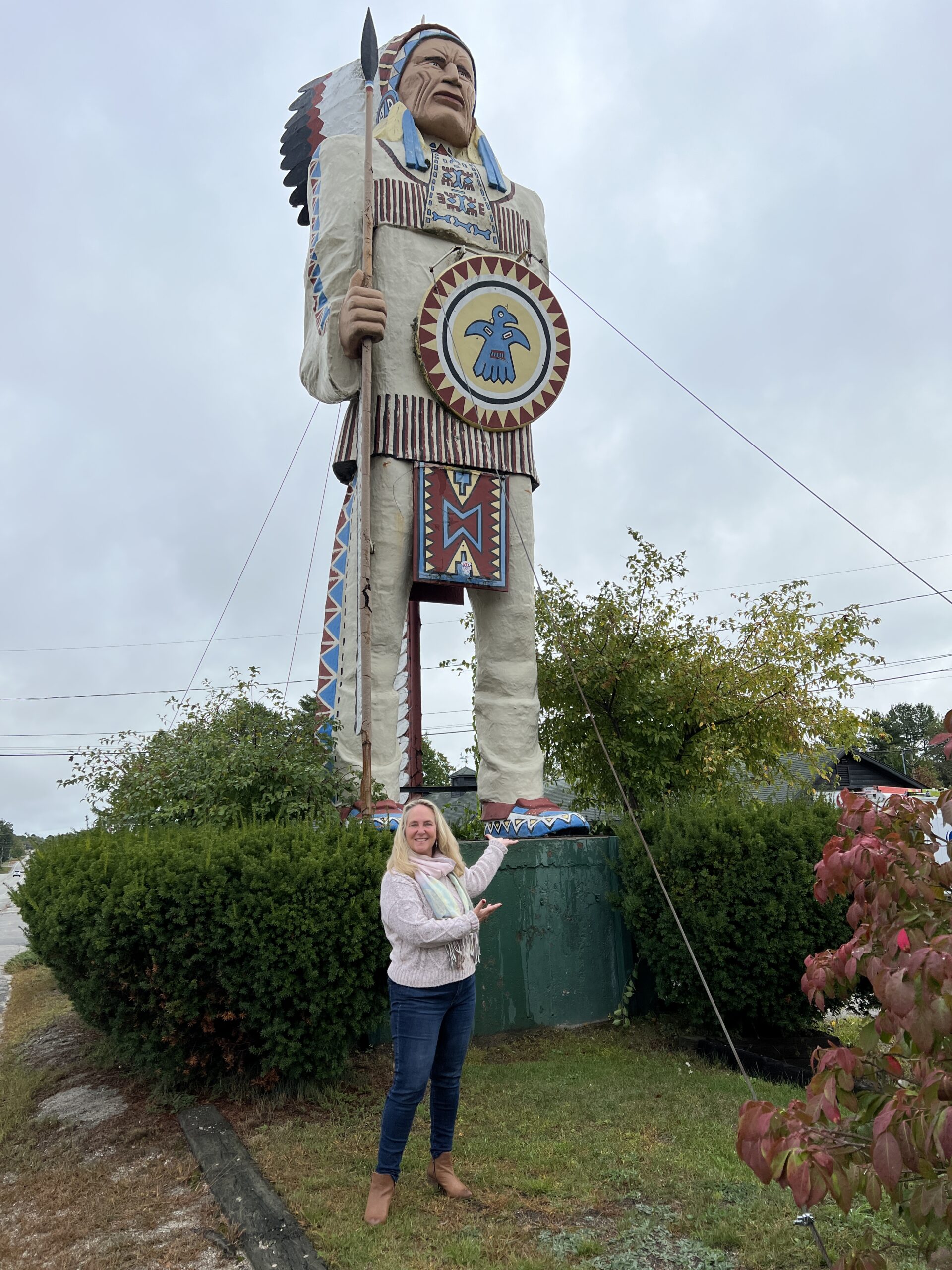 Have you ever driven by a famous local fixture and wondered about its history? Let us help you explore this Maine Landmark more…

By Amy Sheehan with Lifestyle Properties at Keller Williams Realty

If you’re like me, you’ve caught the Big Freeport Indian on Route 1 in Freeport out of the corner of your eye hundreds of times, without thinking about the history behind it.

This winter, I started thinking about this stunning 40’ tall Native American Indian and became more intrigued by the story behind it. His name is Chief Passamaquoddy, and a gentleman named Julian Leslie owned a store called the Casco Bay Trading Company at the same location over 50 years ago.

People knew him for his creative marketing schemes to draw attention to his store. One strategy he used was to park junk cars in his parking lot to make the store appear busy.

One day, he was having lunch in Boothbay Harbor and noticed a 25-foot fisherman statue. That’s when his wheels started spinning and he planned his next strategy.

He decided he wanted to have an even bigger statue at his store location. So he tracked down the fisherman sculptor, Rodman Schutt, from Pennsylvania, and commissioned him to build the BFI. He sold moccasins in his store and thought the Native American statue would be very à propos. As the story goes, this mammoth statue, weighing 1500 pounds and standing 40-feet tall, was trucked from Pennsylvania to Maine in the middle of the night to avoid highway onlookers driving off the road in awe.

Once he arrived at his “forever home”, he was placed on a 6-foot concrete base and reinforced with support wires. His presence has not gone without some disapproval. Some have mentioned that he doesn’t resemble local Maine tribes in his attire. According to roadsideamerica.com, “defenders argue the statue was never meant to be regionally accurate; it was created to help sell moccasins, and should be viewed as a nonspecific monumental work of folk art and Americana”.

What an iconic publicity stunt this was! And Freeport should be proud to have this piece of history for so many to enjoy.